The below are excerpts from the two major studies done by Northern Arizona University’s (NAU) research department for the Arizona Office of Tourism (AOT) on the impact of the Arizona wine industry on tourism. All of the data points to a growing industry, with the Verde Valley as the majority shareholder in all categories. There was a reported 49% growth overall in 6 years.

The 2017 Arizona wine tourism industry report estimates a total economic contribution of $56,178,643 with 640.6 full-time equivalent jobs created. From this direct, indirect, and induced economic activity, approximately $3.6 million in local and state taxes are collected. In comparison to the 2011 study, the total economic impacts from tourism aspects of the wine industry have increased from approximately $37.6 million to approximately $56.2 million. This represents about a 49.3% increase in total economic activity over a six-year period. An estimated 236 additional jobs were created through Arizona wine tourism from 2011 to 2017. This is a substantial economic driver of markets located outside of major population centers. 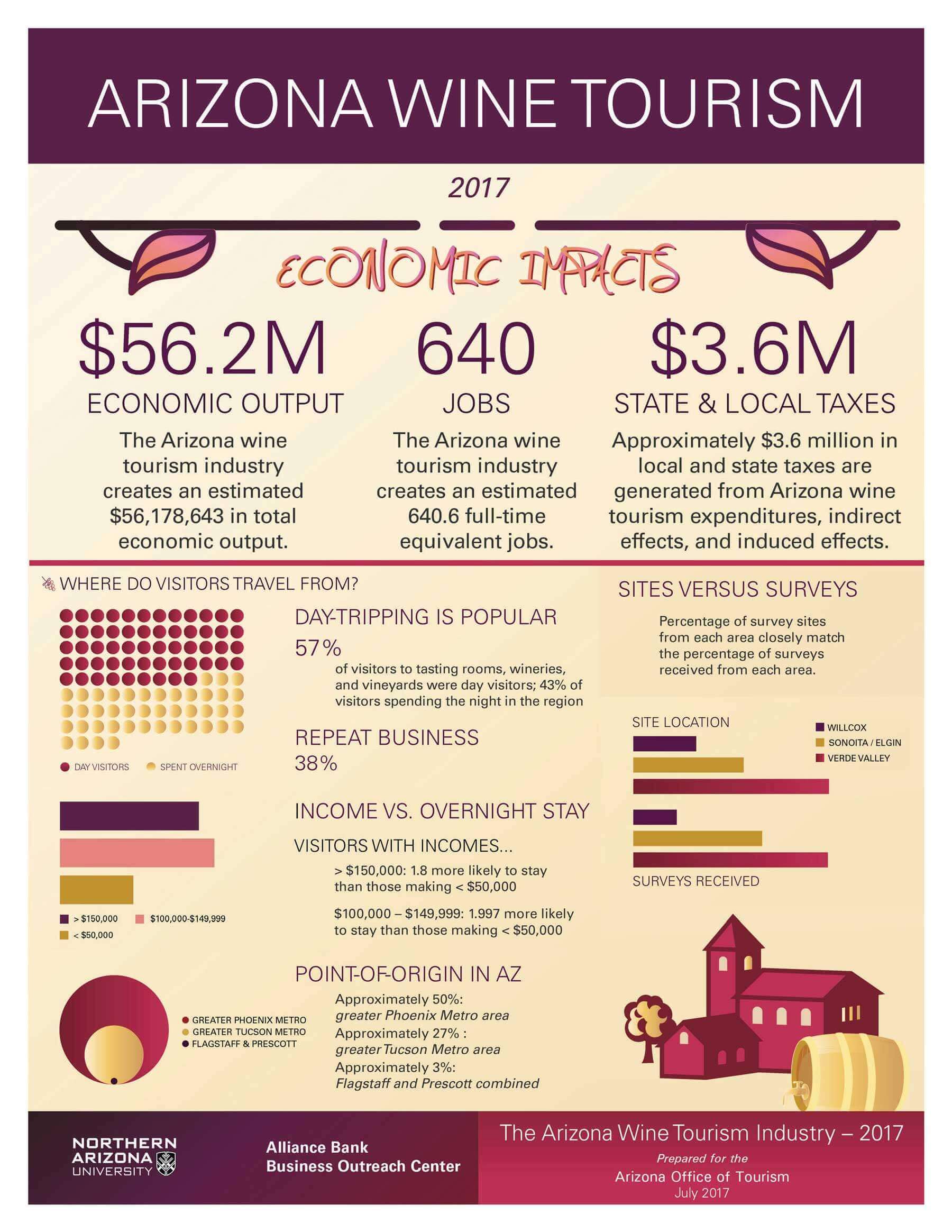 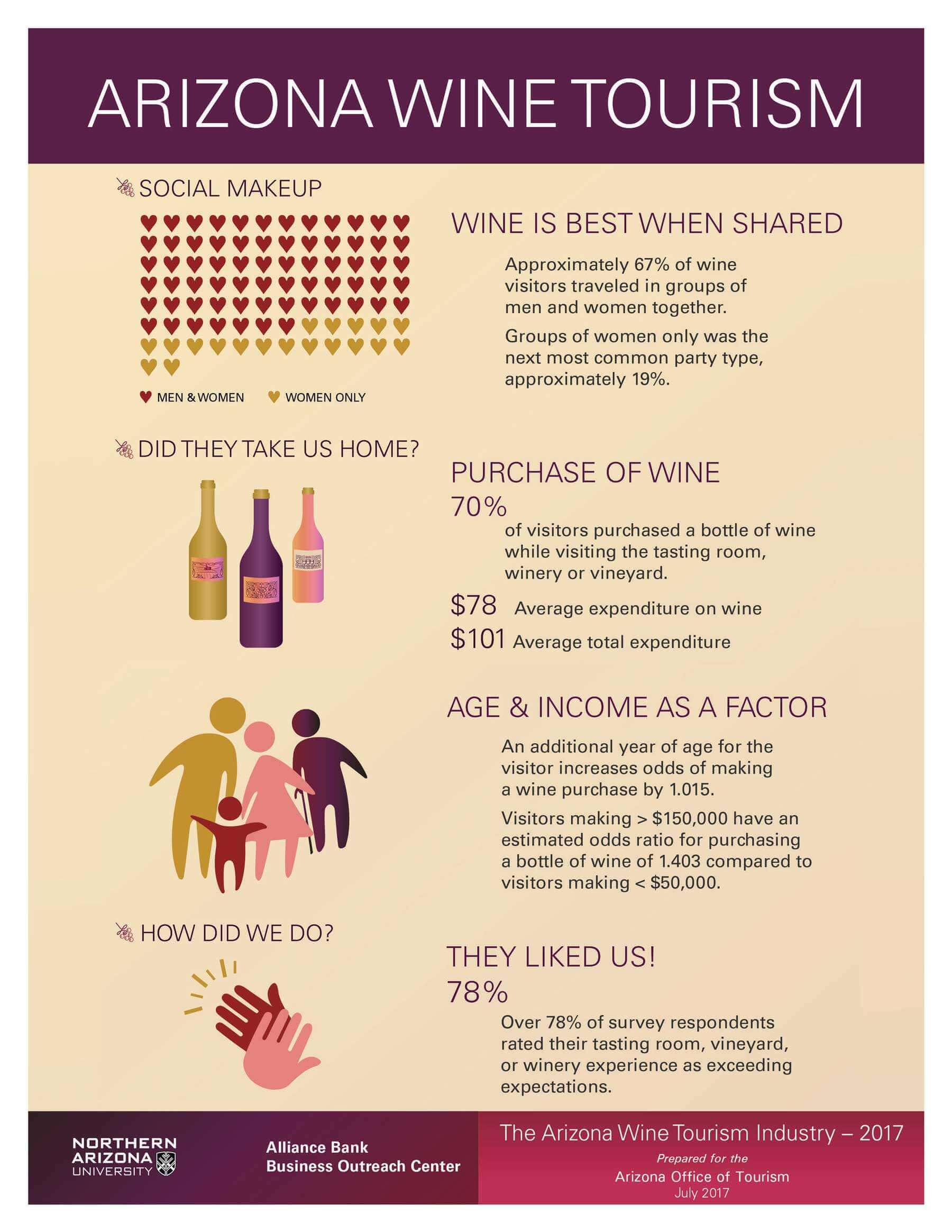 This state’s $12.4 billion agriculture industry means our Arizona farming scene is growing just about every crop you can imagine, including award-winning wine grapes.

READ THE FULL REPORT
©2022 | Designed and Developed by The Myss Miranda Agency, LLC